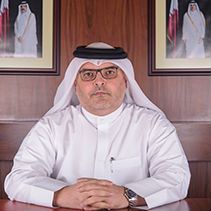 H.E. Dr. Eng. Saad bin Ahmad Al Muhannadi began his engineering career after graduating from Qatar University in 1997 with a bachelor’s degree in Electrical Engineering. He also received a master’s degree from Qatar University in 2009. He received his doctorate in 2016 from France titled “Methods of Decision Making to Manage Mega Projects – a study for the Qatar Rail project”.

H.E. Dr. Eng. Al Muhannadi has worked for more than 21 years, during which he held several leadership and managerial positions in Qatar within the energy, transportation and infrastructure sectors. He also held major roles such as Electrical Grid Planning Manager, Technical Affairs Manager at Qatar General Electricity and Water Corporation (Kahramaa) and the CEO of Qatar Railways Company. In January 2017, he was appointed the President of the Public Works Authority ‘Ashghal’ with the rank of ministerial undersecretary.

H.E. Dr. Eng. Al Muhannadi has extensive experience in project management, planning and urban development, and added value to the performance of the institutions, which has earned him the membership of several prestigious regional and national committees, in addition to managing several boards of directors.

In his current role as President of the Public Works Authority ‘Ashghal’, H.E. Dr. Eng. Saad Al Muhannadi directs the infrastructure projects executed by Ashghal, in addition to public facilities and buildings in the country.

During his career, H.E. Dr. Saad Al Muhannadi received many local, regional and international awards including the “Vision Project Award 2013” at the Global Infrastructure Leadership Forum in New York, Best CEO in Qatar Award in 2015 according to Qatar Projects Magazine. In addition, he was honored for his management skills in 2010 by the Council of Ministers for his exceptional performance.

Dr. Abdulla Y. Al Sayed is highly qualified professional with over 27 years of experience in delivering mega construction programs. In the past five years, Dr. Al-Sayed has been working at Qatari Diar as a Chief Project Delivery Officer – Asia & Africa. He obtained his PhD focused in Engineering Management / Lean Construction from Qatar University and has several publications in mega projects and Lean Construction in top tier journals. 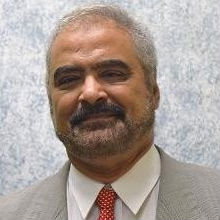 Amr is a pioneer in the area facilities management in higher education campuses.  His professional achievement includes building a brand new campus from scratch at UAE (the American University of Sharjah) and building Michigan State University Campus in Dubai.  He has a bachelor degree in Architecture and a master degree in Planning.  He served as the Senior Executive for Capital Projects at Rensselaer Polytechnic Institute (RPI) leading a capital construction program at RPI.  The major Campus development involved $300-million state-of-the-art interdisciplinary research Center and world-class performing art Center (EMPAC) and related infrastructure.  Amr was the Director of Physical Plant of the newly established the American University of Sharjah and the University of Sharjah, started the Campus from scratch.   Founded in 1997, the University of Sharjah is a private comprehensive university that has five colleges residing on a beautiful 330-acre located in the City of Sharjah, United Arab Emirates.  The campus physical plant, which reflects a distinctive Arabic architectural style, is comprised of 90 administrative, classroom, athletic/recreational, and residential buildings totaling over 2,300,000 square feet.  Involved in the first public Lean/IPD project in the United States and currently completing the second Lean/IPD project for MSU. 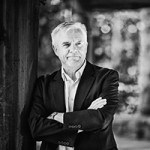 Derek’s career spans over 40 years, a large portion  of which has been at Senior Executive level within large client organizations that include  a number of sectors: Highways, Railways, Nuclear and general Construction.  Derek is a Fellow of the Institution of Civil Engineers and was previously a chartered Nuclear Engineer. During his career to date he has been directly responsible for over  £3 billion of infrastructures Projects.  His career included a period working in the US for UK Nuclear organizations.  Derek has had a passion for continuous improvement throughout his career having implemented Value Management Programmes in both Nuclear and Railway organisations.  He has also been trained to in ‘Lean Sigma’  techniques.  Since his appointment in 2004 with the Highways Agency as Divisional Director Major Projects (North) Derek has led the Major Projects review Change Programme implementing the findings of the Nichols and NAO reviews and subsequently responsible for the Technical Services Division.  Derek was appointed in April 2009 Divisional Director Lean Improvement with the objective of improving value for money across the new Highways England internal business and its £2.5 billion  Supply Chain. Derek is a Director of a Consultancy giving support to the Construction Industry in lean thinking both in the UK and Internationally. Derek has  commissions with Highways England, Network Rail and a number Construction Contractors and Consultants. Derek was until 2018 Visiting Professor at Salford University but continues to keep very close ties with the both Salford and Huddersfield University. Derek has been a been a key note speaker and led workshops at  many Conferences both in the UK and in Australia, USA, Turkey, Spain, India, Norway, Vietnam and Finland.  Derek is also Director and Trustee of the Lean Construction Institute – UK (LCI-UK) and visiting Professor at Salford University School of Architecture and the Built Environment.

Ahmad Al Ansari is Head of the President’s Technical Office in Ashghal, the Public Works Authority (PWA). His previous roles include Head of Planning, Design & Contracts for the Qatar Olympic Committee on projects for the 2006 Games and as Head of Water Projects for the Ministry of Electricity and Water.

His department is responsible for over 30 Major Projects of which the annual budget is app. 600 M€. Mr. Petäjäniemi has developed and adopted many new methods for efficient and interactive construction, especially for integrated project team models. Mr. Petäjäniemi has worked in total 32 years both public and private sectors in Finland and in Germany as a project engineer, project manager and last 10 years in executive positions.

As the Founder of A Human Workplace, Renée champions a more loving, humane, and safe workplace where everyone is welcome to bring their whole selves to work. This is an effective workplace where individuals and teams can be and do and bring their very best to their toughest challenges.

She does this through primary research, writing, and speaking on Making Work More Human, through hosting gatherings of A Human Workplace to discover and practice what it means to be human at work, and through consulting services to select leaders, teams and organizations. She actively collaborates with others around the world to grow the momentum to shift workplace cultures everywhere.

Renée simultaneously serves at as Director of Workplace Transformation at Results Washington, in the Office of the Governor, where she leads a statewide program to Make Government More Human, by applying human-centered principles and practices to state government workplace cultures.

Before joining Results Washington, Renée spent nearly seventeen years providing organization development services to public, private, and non-profit organizations, as both an internal and external consultant, always with creativity and keen attunement to people. At the Department of Enterprise Services (DES) Renée directed the Organization Development Services Division that provided Lean Transformation Services and Change Excellence Services to DES and Government to Government Consulting Services to other state and local governments.

She earned a Master of Science in Organization Development from Pepperdine University and a Bachelor of Arts in Organizational Behavior from Seattle Pacific University. She also earned a Lean Six Sigma Black Belt. A mother of four and grandmother of three, she lives in Tacoma in a 105 year old Craftsman home and enjoys drawing for pleasure, cooking for friends and family, being on or near the water, and exploring cities around the world. 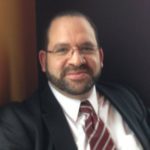 Dr. Tariq Abdelhamid is Chief Lean Performance Officer with the Residential and Hospitality (RHS) Division at Michigan State University (MSU), working with colleagues on a lean transformation journey since 2013. He is also an Associate Professor of Lean Construction at MSU, and coaches project teams as a Lean Construction and Production Advisor to KPMG India, Enovio Consulting, The ReAlignment Group, and Gemba Kaizen Consulting since 2005.  His research focus at MSU is on the discovery, exploration, and application of new theories and methods to arrive at the most efficient and effective Workflow and Safety Management practices in production environments.   Trained by Greg Howell & Glenn Ballard (Lean Construction Institute co-founders), Tariq is the co-founder and co-Editor of the Lean Construction Journal since its inception, a certified AGC LCEP and Improved LCI  instructor, and a current LCI Research Fellow. Tariq served as the Lean/IPD Coach for the recently completed (Jan 2013) Shaw Hall Dining Renovation project at MSU, the first Integrated Lean Project Delivery project at a public university in the United States.  Tariq was a member of the first AGC Lean Construction Steering Committee, and he was also involved (2009-2013) as a subject matter expert and content developer in the Associated General Contractors of America ongoing effort to develop a comprehensive Lean Construction Education Program (LCEP).  Prior to joining MSU in 2000, he was trained and worked as a Lean Production subject matter expert for Ford Motor Company – Ford Product Development System. He also provided project management expertise to vehicle programs to guarantee successful project completion.

For over 20 years, Dr. Luai has been contributing to the successful delivery of signature mega design and construction projects in Qatar.

Dr. Luai is PMP Certified (Project Management Institute, USA) and Registered Professional Engineer in Ohio, USA and Nova Scotia, Canada. He obtained his PhD in Civil Engineering from the University of Toronto, Ontario, Canada.  He is the first certified instructor in the Middle East for the Lean Construction Education Program of the Associated General Contractors of America and CM-Lean certified. Dr. Luai has several publications in mega projects and Lean Construction in top tier journals. 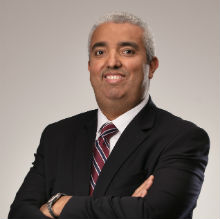 Dr. Mohamed Nazier has 20 years of diversified experience in business strategy, program and project management, business development, leadership, transportation and infrastructure design and construction management. He has been leading several projects and programs in both USA and the Middle East bringing and inducing innovations with his robust knowledge of value engineering and change management principles.

Dr. Nazier received his BSc, Master and PhD from Rutgers, the State University of New Jersey in the USA with a focus in Structural Engineering. He has also achieved his Executive Global Masters of Business Administration from INSEAD.

Currently, he is the Program Director of Local Roads and Drainage, one of the largest infrastructure programs in the world, managing infrastructure delivery and the full cycle of an esteemed capital investment. His experience in strategic planning, value engineering and organisational build-up helped him shape the program organisational structure to achieve the desired progress and delivery targets while saving resources and building local capacities for the interest of the Program owner. He has supported the initiation and build-up of the lean in construction initiative eon the infrastructure delivery program.

Dr. Nazier’s team is part of WSP Global which is one of the largest professional services firms in the world, with approximately 49,000 employees in 500 offices serving in 40 countries. With WSP, Dr. Nazier led teams in the USA and the Middle East bringing best international expertise to serve the specific needs of local communities.

Back to LIPS Qatar 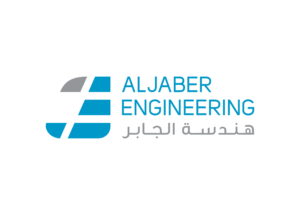 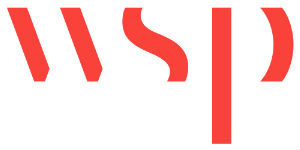 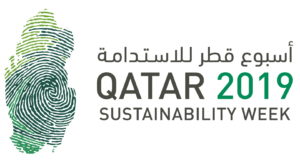